Our mission at BuildBuddy is to make developers more productive. When we released the first version of BuildBuddy a little over a year ago, we were blown away by the demand for tools and techniques for speeding up common developer workflows like building, testing, and debugging code. We've been working hard ever since - using our own tools to build the next generation of developer tooling for all.

Today we're excited to announce v2 of BuildBuddy! We've completely revamped our caching and remote build execution infrastructure to give our users and customers the one thing they care about above all else: speed.

When optimizing the performance of a remote build execution system, there are 3 critical bottlenecks: Caching, Sandboxing, and Execution. We've made order of magnitude improvements in each of these areas, bringing clean, uncached build times for TensorFlow (7,000+ actions) on BuildBuddy RBE down from 28 minutes last August to just 3.47 minutes with BuildBuddy v2. This build takes over 4 hours (250 min) on a 3.3GHz i7 Macbook Pro.

The biggest remote build execution bottleneck is right in the name: remote. This means we have to ship source files, tools, and other inputs needed to execute the build from the host machine to a remote cluster of build servers over the network.

In BuildBuddy v2, some of the many improvements in this area include:

For a more in-depth look at optimizing for high throughput and low latency, we highly recommend this great article from the Dropbox Engineering team which was incredibly helpful in identifying and fixing bottlenecks.

All of these improvements, when taken together, have driven a colossal improvement in both upload and download throughput across file sizes. We have more work to do in this area, but we're really pleased with the results in this release.

Once we've got all of the inputs we need to execute an action on a remote executor, the next step is to set up the execution root. One of Bazel's core features is the ability to perform hermetic builds. In order to achieve this, we spin up a clean Docker container for each action to execute in. This is similar to Bazel's docker spawn strategy.

While this helps ensure that remotely executed actions are hermetic, there is often a trade-off between hermeticity and performance. You can make this trade-off locally using Bazel's different spawn strategies: sandboxed, local, and worker.

When using remote build execution, you typically don't have the ability to make these trade-offs. That's why we've introduced 3 new features that give users back some of that control. By default, actions will still be executed in clean Docker images - but if you specify one of the following execution properties, you can alter that behavior:

Now that we've got our inputs on the executor, and our execution root set up, our final step is the actual execution. 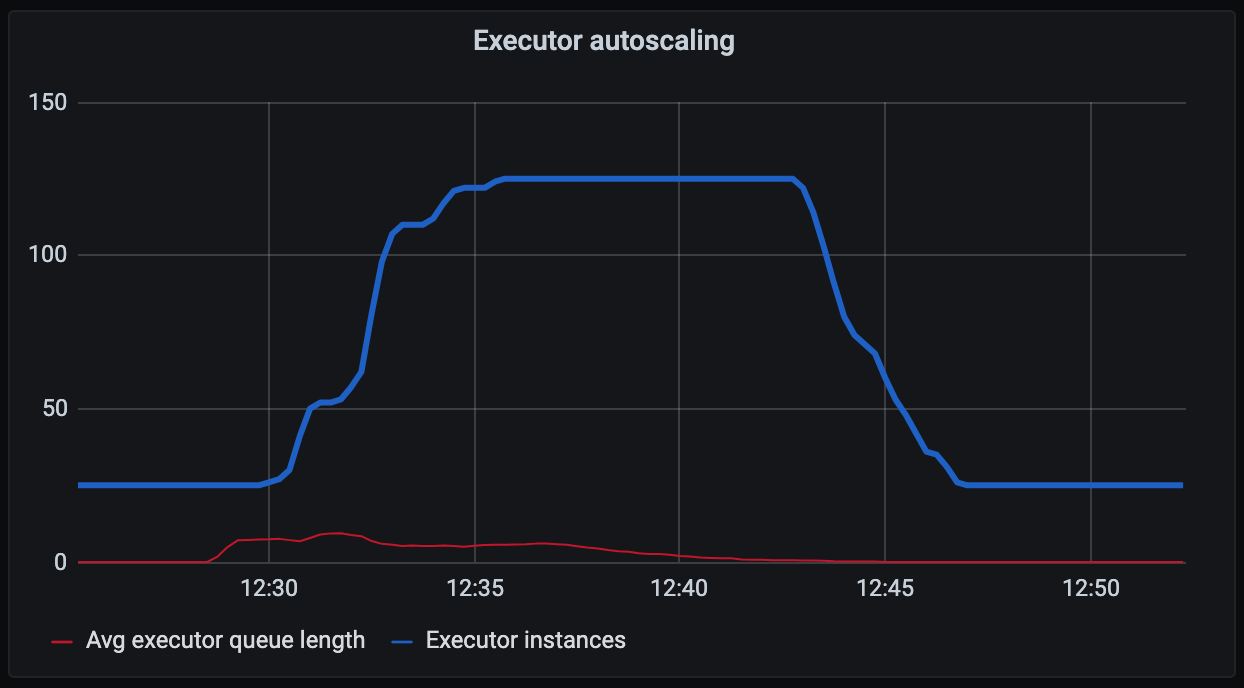 While our focus for v2 has been on RBE performance, we've made plenty of other improvements in this release:

We have several big announcements coming in the next few weeks, so stay tuned for more!

As always, we love your feedback - join our Slack channel or email us at hello@buildbuddy.io with any questions, comments, or thoughts.